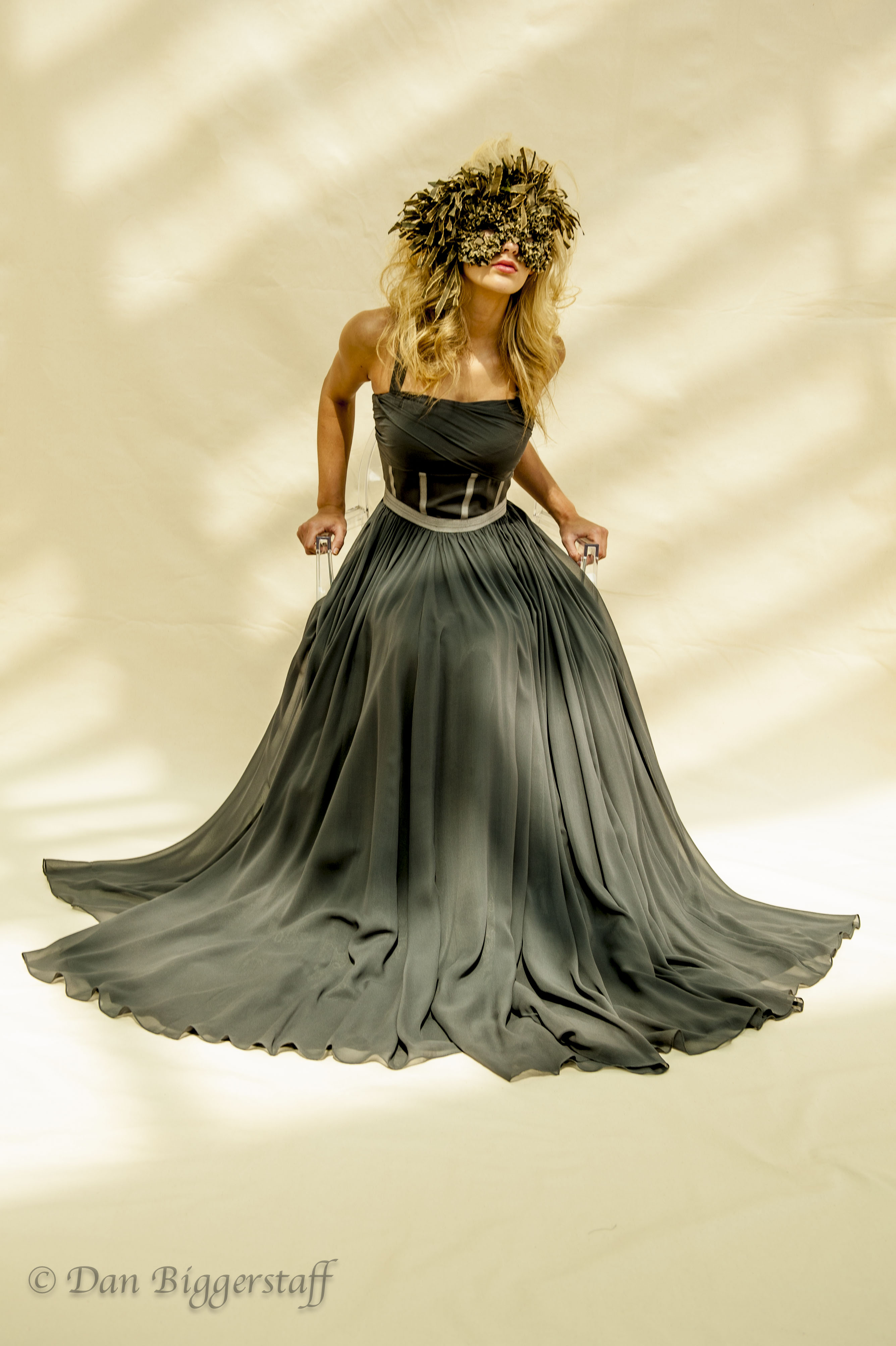 It has been a long time since I added a post to the blog. If there is anyone out there who is reading this, a sincere thanks.  I promise to be more attentive in 2013.

This is a photo used in a newspaper article promoting an upcoming fashion show. This is not the first time I have addressed the importance of the details of a shoot.  Most of the time, the “details” begin before the photographer is even asked to do a shoot.  For instance, I have been working for several months on the upcoming fashion show, The Art of Great Fashion, which will be held on January 21, 2013 here in Savannah at The Landings’ Plantation Club. The theme for the show, Carnevale!, was chosen because of a current exhibit at the museums of old art from the Uffizi Gallery in Florence, Italy. I have done several shoots for marketing materials for the show and am getting ready for the actual show itself.  Several nights ago, I photographed carnival masks for a promo article in the local newspaper. This is a link the article: http://savannahnow.com/accent/2013-01-04/sense-fashion-art-great-fashion-carnevale#.UOgG2o7m594.

Back to the story. The reason I did this latest shoot is the chair of marketing for the event contacted a fashion writer for our local newspaper and asked if she would run a story about the fashion show. Once that was agreed upon, it had to be decided whether to use just photos of previous fashion shoots or whether to try to get new photos to add interest and attract attention to the event. There was an informal meeting with the fashion writer, the owner of the boutique providing the clothes for the show, a stylist, and me, the photographer. The more people involved, the more details are involved – which can be good or bad, or both – you get the gist.  Since the theme for the show was Carnevale!, it was decided to photograph the masks for the newspaper article, in addition to the fashion photo above. Of course time was getting short, as it frequently is with these projects. The afternoon, then into the night, before the photos were needed, the shoot happened. I had two stylist/assistants who were life(photo) savers. Always thank your help. We worked several hours photographing one mask and finally gave it up as a hopeless cause and then photographed several more masks. Specifics of the shoot: I was using a Nikon D700 with a 50 mm f1.4 lens, ISO 100, 1/160 sec, f4.0 on the first mask, and f8.0 on the second mask, with two SB900 speed lights (on manual controlled with Pocket Wizards) shot through medium softboxes, angled from both sides over-head. The reflections of the softboxes from the glass over the art were cropped from the edges of the photo. My tethered shooting lasted for a short time; I switched to CF card when I lost the connection to save time. As Joe McNally is fond of saying, “things happen at shoots.” These are the end results. 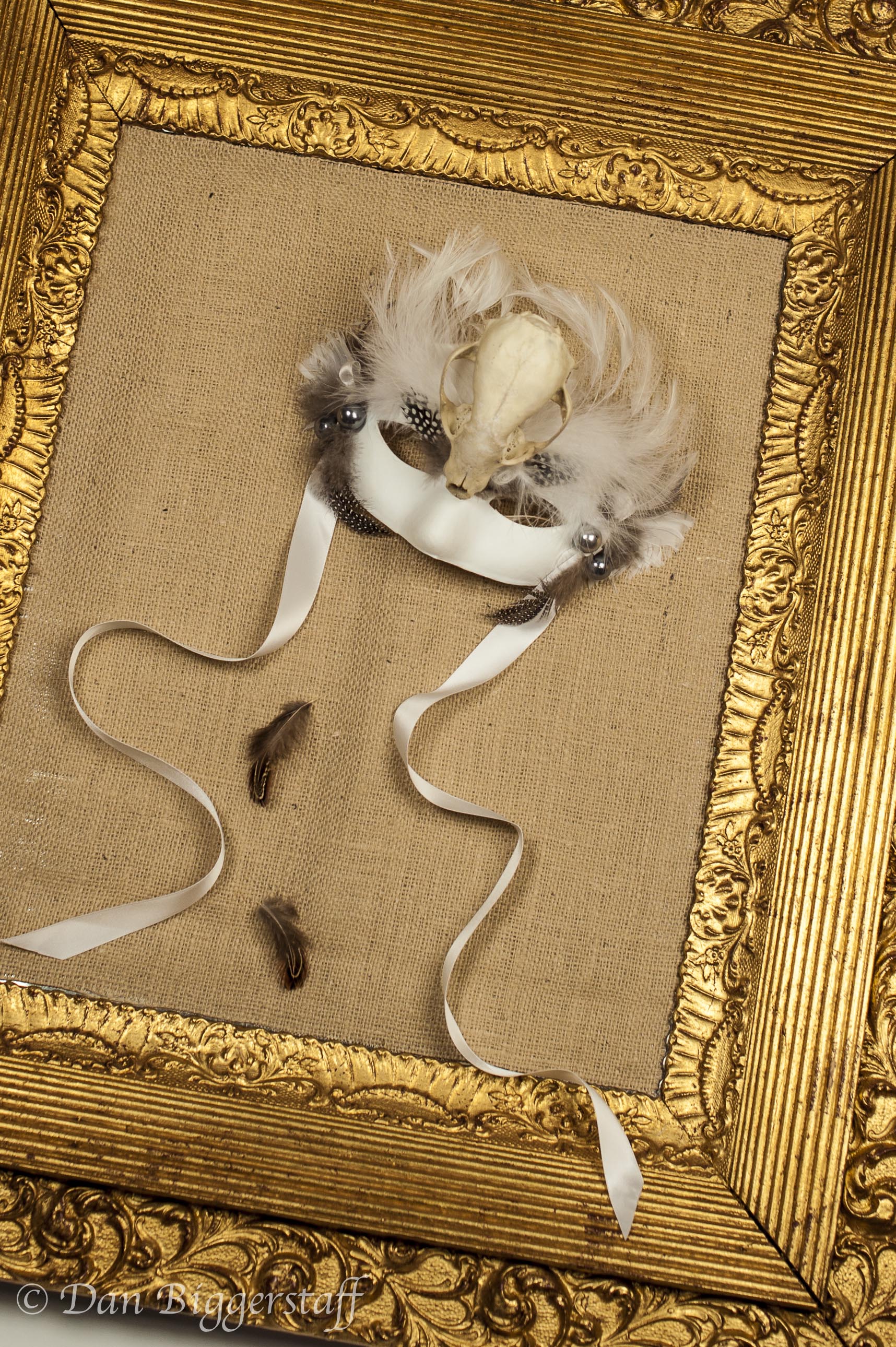 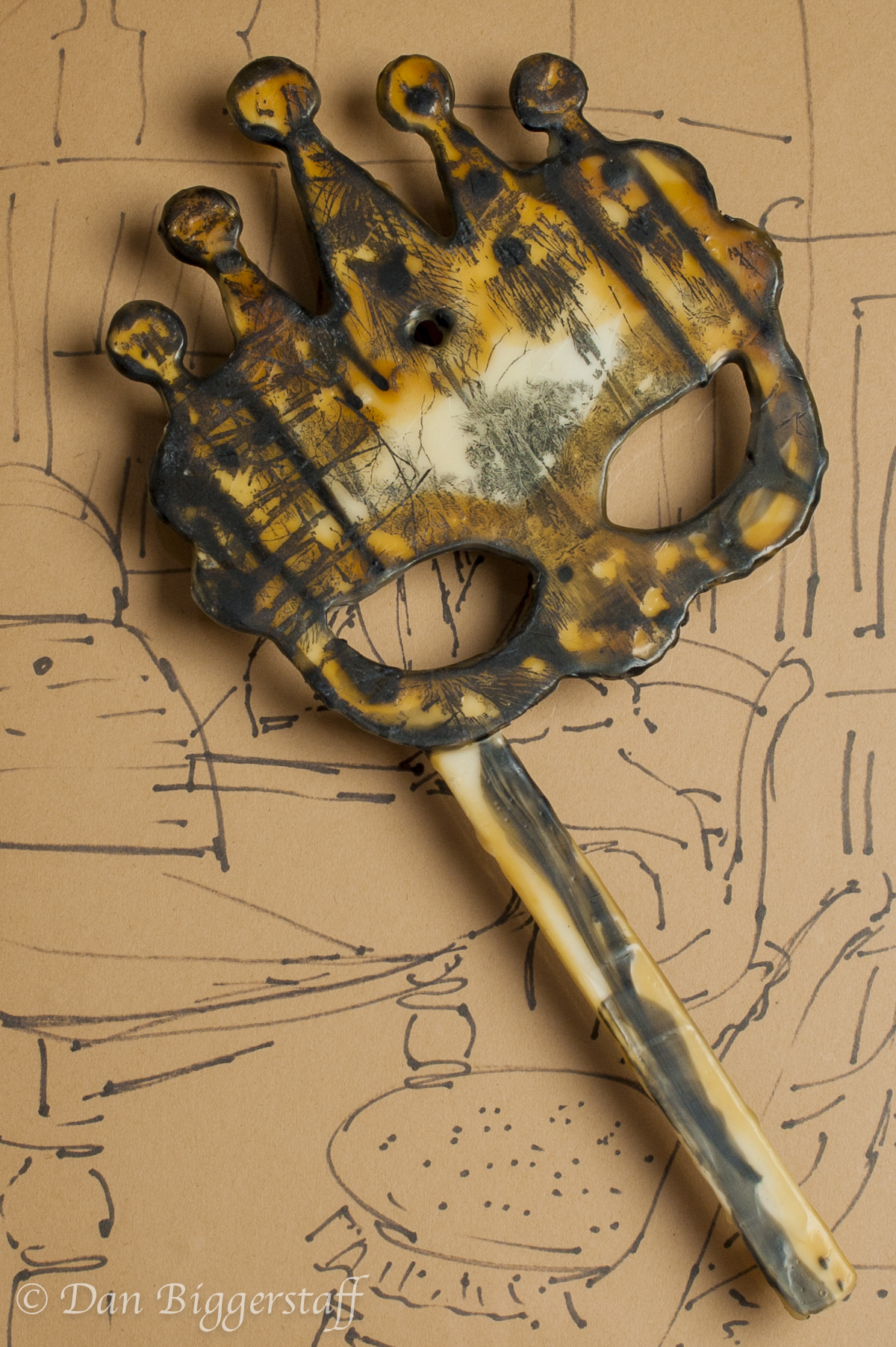