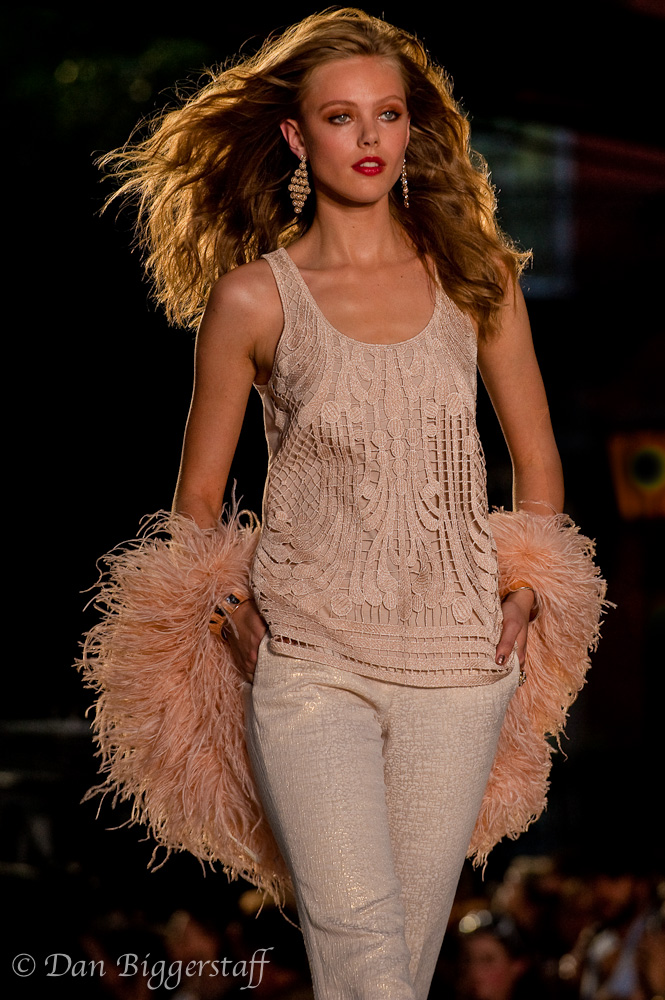 Good things come in small packages.  This was a big package in a small amount of time. Express put on a high-key Holiday Fashion Show in Monterey Square in downtown Savannah.  The video and still photography from the show will be used as part of their international marketing for the next year. Attended by photographers of all skill levels, the show provided an opportunity to sharpen technique and just have fun. A group of international models, along with a clothing line aimed at the 20 to 30 year-olds, provided a platform for an exciting and entertaining 15 minutes. As with all photography, one of the key elements is the lighting, which in this case provided high-key frontal lighting from head to toe, good catch light in the eye, and beautiful back lighting for the hair, beautiful at least for the female models.

Personal considerations for the shoot were to get there early enough to find a good location from which to shoot since I was not hired for the show. I chose a 70-200mm f2.8 lens mounted on a monopod because most of the shots would be portrait and not landscape. A monopod or tripod makes it much less tiring to shoot portrait. Plenty of memory was important, along with extra batteries. Shooting the rehearsal allowed me to get used to the tempo and to plan for the shots during the real thing. Let’s quit talking and see the photos. The first group is obviously of the rehearsal, with a few observer shots just before the actual show.

The best view is to click on the thumbnails and forward manually; there are 20 photos in each collection. Enjoy!